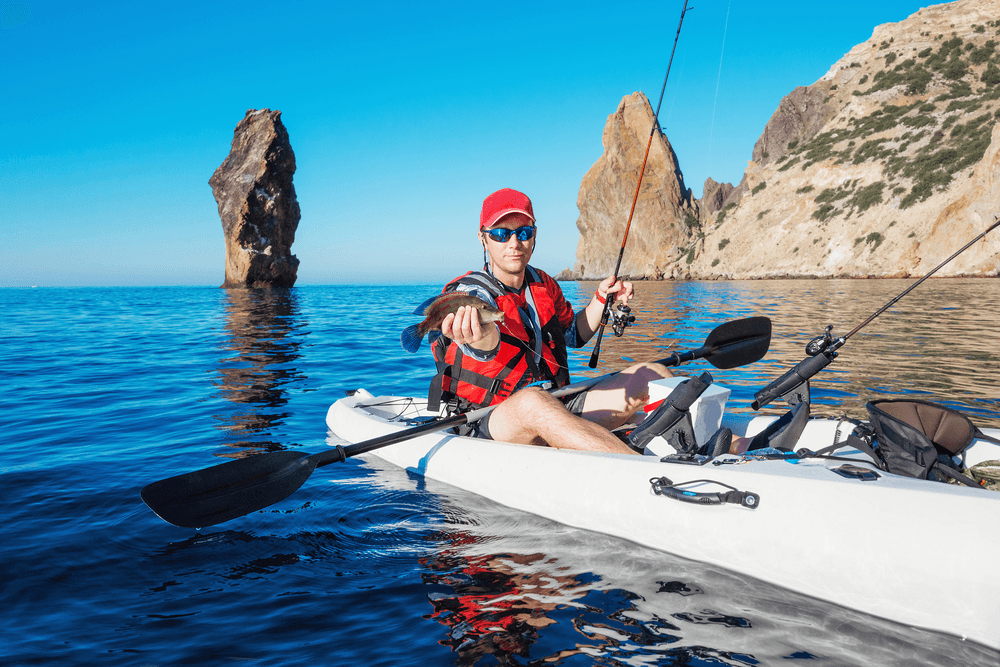 If you are a fishing lover, you ought to know that there are Kayaks available in the market of different size, different weight, different length, different width and different design. Those days are bygones when we used to consider inflatable fishing kayak to be pool tools!

Usually used in the fast-moving water situations, Self-bailing kayaks have so many holes or ports which are located in the base of the kayak. As these are the kayak for rapid moving water, those holes help the water to enter inside the kayak and then pass back out and in this way, it ensures that the boat does not get filled up with water.

An openly designed kayak for the people who face complexity in getting in and out of the shell of the kayak is called Sit-on-Top kayak. In warmer climates, these kayaks are the lifesaver. But in this case, water flash in the kayak more easily than the other types (get a spray deck for saving yourself from this.)

Sit inside kayaks are more likely to the traditional kayak design which has a cockpit that is enclosed. This kayak keeps water out of the boat when the weather is cold.

Why will we even choose Inflatable kayak? Check out this segment to know more!

Questions to ask while picking up Inflatable Kayak

Yes, inflatable kayaks are safe as they are rigid, well-built, and more proficient of crossing any lake, speedy rivers and are sturdy and stable.

Is inflatable kayak good for fishing?

What are the additional features of this Kayak?

Can you use inflatable kayak on the ocean?

Some Data related to Inflatable Kayak

Inflatable Kayaks that are available in the market consist of aluminum or plywood sheets that are fixed in between Kayak’s tubes. In the very middle of 1839, Duke of Wellington first tested inflatable pontoons.

With the help of technology, the inflatable kayak of these days concludes everything that a family needs in their recreational fun along with the hi-tech expert watercraft.